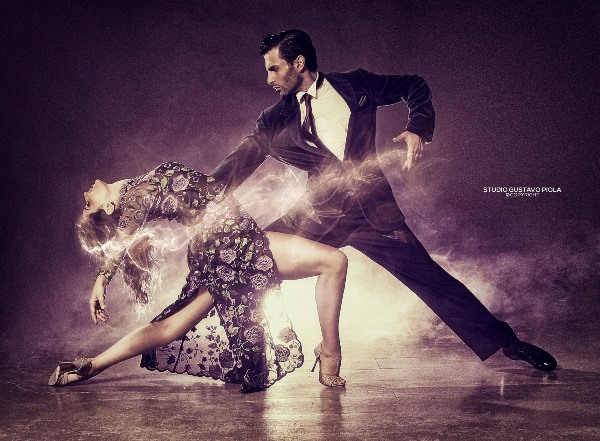 Together since 2010, both Fernando and Sol were the principal dancers of the prestigious Argentine Tango Shows in Buenos Aires ''Esquina Carlos Gardel" directed by Dolores de Amo, Tango Metropolis directed by Claudio Hoffman, Pilar and Marijo Alvares, "Piazzolla Tango", directed by Dolores de Amo.
Today they are one of the most popular stage tango couples in the world. In 2016, they participated as dancers in the movie "Tita de Buenos Aires". Last year, both won the 2018 Award of the ‘Best Choreography’ by CITA.

Fernando & Sol were appointed by the Buenos Aires city government as judges in different Preliminaries of the World Tango Championship in Europe, Asia, USA, Argentina and now Oceania.

Sol is a dancer, choreographer and actress. She is distinguished by her versatility and commitment to dance and art, with studies not only in tango but also in contemporary dance, ballet, jazz dance, body language, drama and singing in recognised institutions. She won the Metropolitan Tango Championship of Buenos Aires in the Tango-Milonga category in 2010 and won the 4th place in the World Tango Championship in Tango Salon category. Sol, was the co-choreographer of the Tribute to the great dancer Maria Nieves, presented at the Luna Park in Buenos Aires.

Fernando was initially trained in ballet and jazz dance. He was recognized as one of the youngest tango choreographers in the world. Tango dancer for over 20 years, he participated a number of shows in popular Theaters around Europe, Asia and North America. He won the World Tango Championship in 2007 in the Tango Stage category. Nowadays, he works as a choreographer and travels throughout the world for performing in tango shows, teaching workshops in festivals and as a judge in some appointed championship and preliminaries. He is also an Honorary Member of the World Council of Dance and all UNESCO Arts.